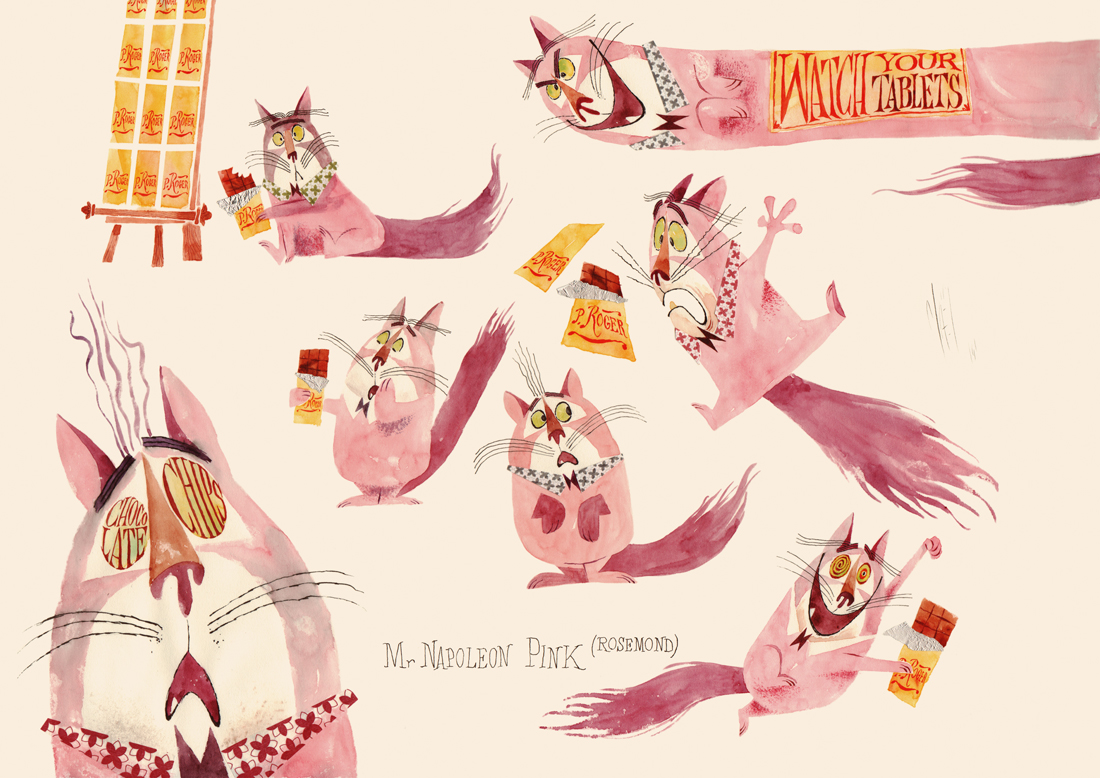 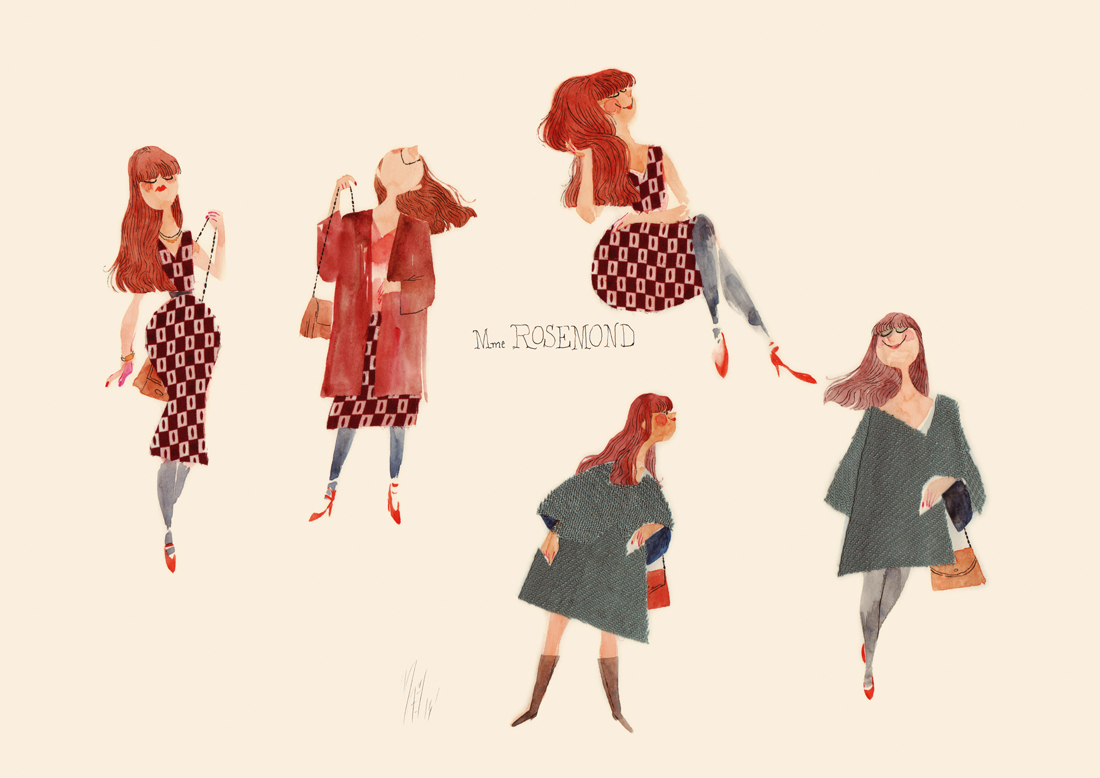 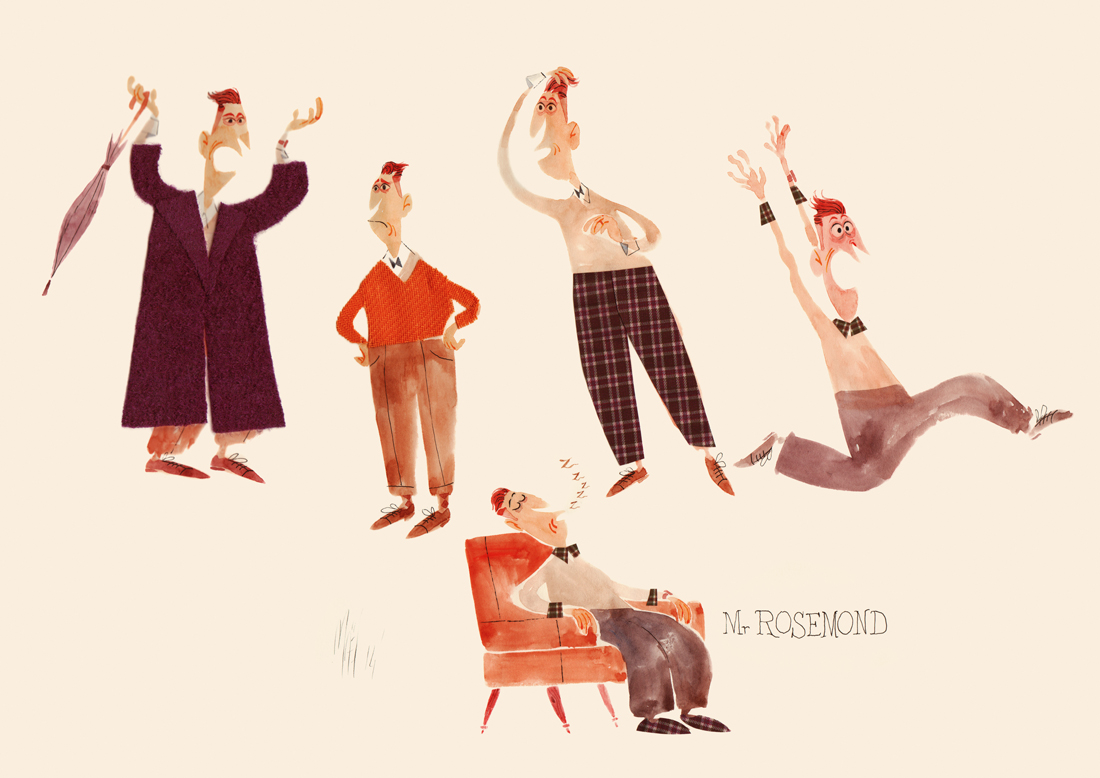 Hello dears, here's a few development drawings I did for an illustrated books serie that I am planning to do. I wrote the first one a few days ago and I am working on the visual direction now. I got this idea a while ago, but would still like to make something of it.

The Boxtrolls - End Credit Sequence from HouseSpecial on Vimeo.

Here is some animation I did for the end credits sequence in THE BOXTROLLS from Laika. I realize that I am not used to display any of the animation work I do. So I'll try to show off some things sometimes. I was very happy to get a chance to help on this sequence directed by the great Aaron Sorenson. (Aaron also directed the credits sequence in PARANORMAN). I loved the movie. Actually there's nothing from Laika that I do not love... It is quite exciting to see these people, striving to preserve that authenticity in what they do.
Publié par Maël Gourmelen à 15:29 73 commentaires:

Hello everyone, I know it's been a while since the last post and I'd really like to keep this place alive. The fact is that, since I got back from Los Angeles were I've been working on ME AND MY SHADOW at Dreamworks Animation in 2013, I had a fairly busy year of 2014, working independently from my place in Paris. I would indeed love to share the work I did these past few months, but unfortunately and for the reason you may know, I will have to wait before being allowed to show anything. So the stuff I did does include some development for Aardman Animation on a project directed by Peter Lord, same thing on a TV show directed by the super nice Jan Lachauer (Room on the Broom). I've been keeping up 2D animation too, with a contribution on the end credits sequence of THE BOXTROLLS for Laika, and a few scenes on Juanjo Guarnido's project FREAK OF THE WEEK for the swedish Metal band Freak Kitchen. I've been animating with some good friends there.

Next to this I wanted to announce that my first short film THE INSPECTOR AND THE UMBRELLA is finished and will hopefully soon be released in festivals and internet.

I will post new things pretty soon, including animation pencil tests and some personal stuff that I'm currently developping. I hope that you can enjoy it ! And thanks a lot to those who keep passing by !

Maël Gourmelen
Paris, France
Former Gobelins student. I am now a 2D animator, Concept/Visual development artist and Illustrator. Thank you for passing by ! Please note that all original artwork posted on this page cannot be copied or used without permission. Available for freelance. Please feel free to contact me.

We do/did work together :

Friends and coworkers at Disney